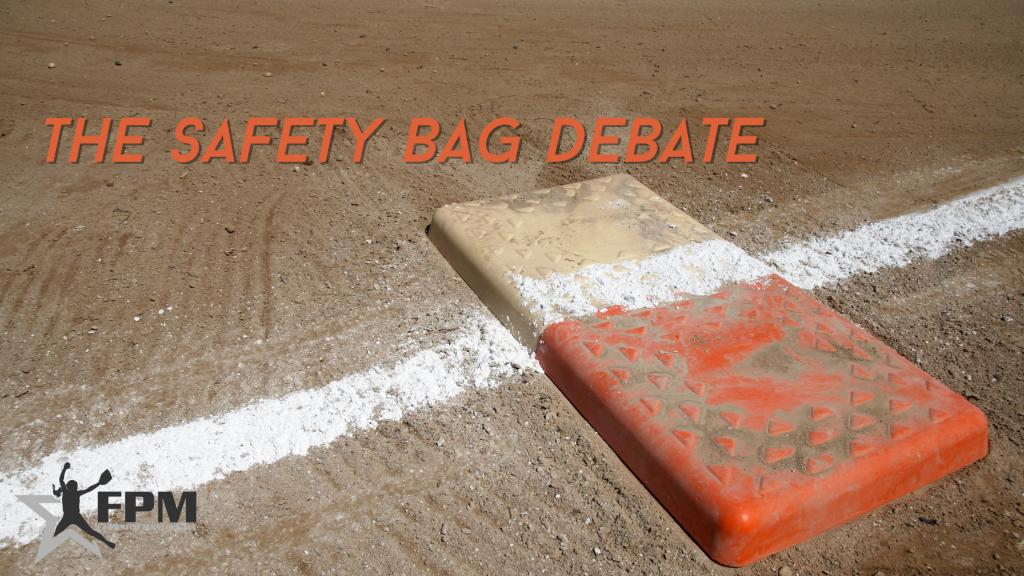 At your athlete’s games, you may notice the extra orange bag connected to first and never had much thought about it. However, most college softball teams don’t have this extra base at all. Once players reach the college levels they are given more freedom in regards to jewelry and masks on their helmets, but why remove the safety bag?

This orange bag serves few purposes, but safety would be its number one job. It doesn’t happen all the time, but collisions with runners and fielders have been seen at all levels. The base path is 60 feet which means runners are reaching some top speeds which can make it hard to quickly stop or move. First basemen run the risk of going for a ball up the foul line and meeting runners head-on.

While watching the 2022 Women’s College World Series, softball players have been given the chance to have video replays to get calls correct. Through this, we’ve seen multiple calls regarding runners being out of the baseline which is against the rules because it interferes with the fielder’s ability to make a play. Bases are placed on the fair side of the foul line meaning that when players are running in the base path they’re not running straight onto the base. For runners to stay in the baseline, they’re also usually hitting that bag with their left foot. Softball is a game of inches and timing to step with their left foot rather than their right could cost them a single.