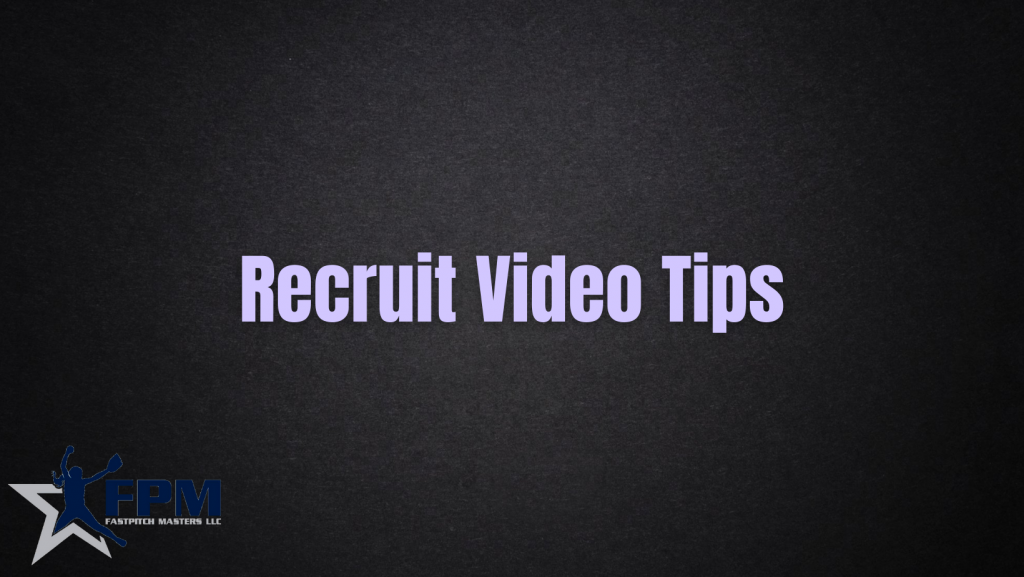 The age of the recruiting process is changing with the rise in social media. Rather than coaches driving to see a kid play, they can now recruit through apps like Twitter, Facebook, and Instagram. Another way you can be seen by coaches is by sending them a recruiting video. Recruiting videos through email contact can give coaches a quick look at the athlete.

There are a few things to think about when creating a video. Coaches want to see a player’s fundamentals, so give clear views of the player’s swings rather than just the hit. This is the same for fielding and throwing. Coaches also don’t want to watch a long video, and they don’t always have the time. Videos should be about 2-3 minutes long. For players that pitch or catch, it will be beneficial to showcase that as well. Pitchers will want to show their fundamentals and also pitch movement. You should video from behind the pitcher when showing pitch movement and edit words to clearly show her throwing each pitch. Catchers should be shown blocking and doing throw-downs. Lastly, a coach may want to know a player’s speed, clock them and record them running.

This will ensure a coach knows everything they need if they are interested in you.