Is your player getting the most out of her pitches?❗️
Reasons to have a long a stride⬇️
1. Generates power and engages legs.
2. You're closer to the batter so the ball is on them quicker.
3. A long stride gets a player to fully open their hips allowing a good lane for their arm.

Is the red wagon a classic? How long have these been around?🧐

Our winter schedule will be coming out soon.

Check out out website to see if our camps will be coming to your area! We host camps all across the United States!🇺🇸
Check out the link > https://bit.ly/FPMCamps

CONFIDENCE IS IMPORTANT‼️
...
The game is part physical and part mental which includes having self-confidence on the field.
...
What ways are your players gaining confidence? Can confidence be taught??🤔
https://bit.ly/FPMCamps

Don’t tell them how successful you’re going to be, SHOW THEM.

Looking for a great winter workout with college coaches?❄️🥎
Fastpitch Masters will be coming out with our winter schedule very soon!
Players looking to play at the next level will get experience in front of coaches!
Check out our remaining summer camps in the link in our bio👆

Catching a Ball on the Fence 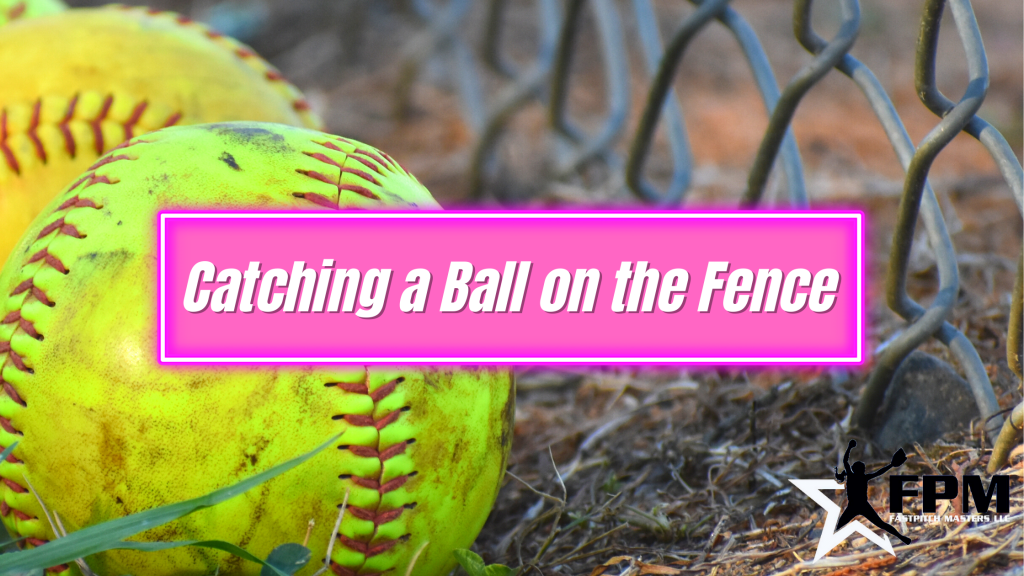 Many of us have seen the videos of the girls running through fences to rob home runs which may look like a sheer will, but catching balls against a fence is something that should be practiced and taught. This blog will discuss important things to teach players how to safely approach fences.

The first step is to get your players comfortable with finding the fence. You can do this by placing a coach against a fence and players facing them about 7-8 feet from the fence. Toss the ball up, so it’s coming down next to the fence, and have players run towards the fence with their arm closest to the fence out, so they’re feeling for it. When players put their arm out, they should bend their elbow to avoid hyper-extending their arm on the fence. As they get more comfortable with the fence, the coach can move back and start them farther, forcing them to run farther and faster. The reality of catching balls along the fence is that players are often in a dead sprint to catch this ball, and it can be scary to think about running into a fence at full speed.

Another big part of catching balls along a fence is the communication from teammates. The whole team needs to use the same terminology when notifying a teammate they’re getting dangerously close to the fence. You’ll want to use 2-3 different terminology to notify the player of where the fence is. When a player is tracking a ball, it means their head is looking to the ball’s sky, which can cause them to be unsure of where they are on the field. The player closest to the fielder going after the ball should let them know whether they:

If a player is running towards the fence but isn’t at risk of running into it, you’ll want to let them know that they have room. Players should repeat “got room” until the player catches the ball or until they’re running out of room. To warn them they’re approaching the fence, many teams will say “find it” which lets them know to put their arm out because they are getting closer to the fence. When a player is roughly 3-4 steps (depending on how fast they’re going and age) away from the fence, a teammate may say “fence” which lets them know they are only a few steps away and should put their arm out or stop. Communication is essential for balls on the fence and can prevent players from serious injury.